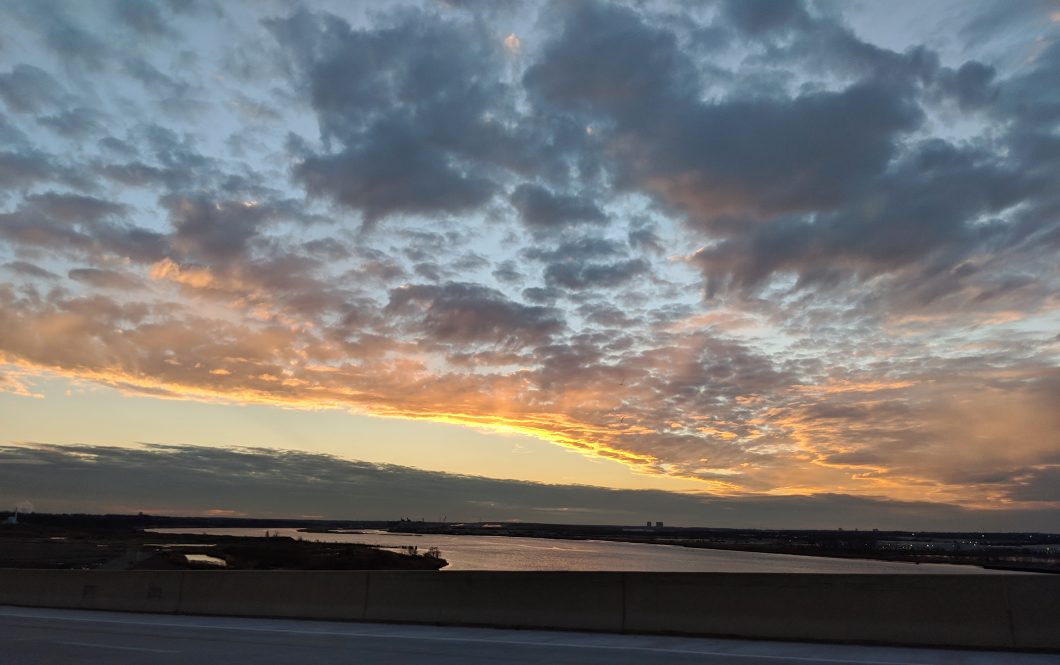 It’s interesting how my views on money have evolved since starting this blog.

I’ll admit that I used to be very heavily on the “frugality/cut all the expenses” bandwagon. I hopped the fence between being cheap and frugal quite a few times.

At times, my relationship with money was so bad, I felt like I needed to hoard it all. I was super protective of my bank account, which proved to be detrimental in a lot of ways.

Why? Because I was saving my money out of fear, and fear is a powerful motivator when it comes to money.

Fear of ending up destitute can motivate us to save.

Fear of missing out can cause us to go into debt.

Fear of losing our life savings can keep us out of the stock or real estate market.

Ultimately, acting out of fear isn’t healthy. In my case, I was letting money control me.

I would say I couldn’t afford things when I could – I just didn’t want to spend the money.

But using that language made me believe otherwise. And no matter how much my bank account kept growing, it was never enough.

Why Value-Based Spending is Awesome

I realize this is a bit of a weird approach. More often than not, I advocate value-based spending for those who have difficulty controlling their spending habits.

Yet here I am, telling you that value-based spending actually helped me spend my money (in a healthy way).

After trying to stick to a traditional budget for a few months, I realized it wasn’t working.

I was getting caught up in the numbers and beating myself up for going $10 over in groceries, even if I was under-budget or on target overall.

That was only reinforcing my unhealthy relationship with money.

So I switched to a value-based system instead. At the beginning of last year, I declared what values were most important to me. These would be considered things that I was okay to spend on – I didn’t have to guilt trip myself over it.

Those values have mostly stayed the same. They include travel, family, friends, and personal care.

Personal care is pretty loosely defined, but I kind of like it that way. For the most part, I go by this guideline: if it increases my happiness, serves a practical want/need, or is something I’ve been thinking about for a while, I go for it.

(Hence why I finally pulled the trigger and dyed my hair purple. It was something that’s been on my mind since last year, and it’s fun!)

After this, I stopped setting a budget and started monitoring my spending via Mint.

This was much easier for me to manage. As I said, by nature, I’m pretty damn frugal. I won’t pay full-price for much; looking for deals or waiting for a price to drop isn’t a problem for me. I don’t need to have an iron-clad budget to keep me focused on saving.

Let me tell you, this has been SUCH a relief for me. I haven’t kept a budget for about two years, and I’m actually allowing myself to spend on the things that matter to me.

I’m going to back up a bit here, because one of the biggest things that helped me get past my self-imposed spending boundaries was splitting my savings accounts up.

Basically, I used to have one checking account and one savings account. My money was just sitting there in a lump-sum, and that lump-sum looked so pretty, I couldn’t bring myself to touch it.

Yes, I’m aware of how ridiculous that sounds, but I’m sure I’m not the only one who saves and doesn’t spend money out of (an irrational) fear.

I had some savings goals, but in general, I was simply focused on the big picture of saving more whenever possible. So I saved…and then never spent anything.

The stranger part was that, for the most part, I was okay with it. I concluded that I must not have wanted the things I was originally saving for very much if I wasn’t tempted to pull out the money for it.

Unfortunately, as you might imagine, that didn’t make for a very exciting life. Especially when you consider that I was also turning things down to spend my time working – to earn more.

All work, no play. This was definitely part of the reason I didn’t find the last two years of my life very fulfilling.

I still did the major things like attend conferences and conventions, and I traveled to see family, but outside of that, my money sat in the bank, collecting a small amount of interest.

So I finally took the advice I kept seeing all over the PF community and opened an account with Capital One 360. (The bank I had been using wasn’t into letting customers have multiple savings accounts.)

I wish I had done that sooner. I thought of a list of savings goals and created the following accounts:

I didn’t really have a specific way of tossing money into the accounts – it was more or less based on the “budget” I wanted to set for myself, or a reasonable approximation of what I thought these things would cost.

I have to use the tax savings account every quarter (the joys of being self-employed). When I moved earlier this year, and then again a few months ago, you can bet my “Moving” fund gave me peace-of-mind.

I finally adopted a dog and it was a relief knowing the fees and supplies were already accounted for.

I didn’t feel worried about spending during either of the conventions I went to.

I’m free to use my travel fund whenever the need arises, which is nice, in case I want to take an impromptu trip to see my parents or just a weekend away.

The point is, earmarking my money for certain expenses has helped me spend it. Again, I know it sounds ridiculous, but this has improved the quality of my life a LOT, and it’s also improved my relationship with money.

As I said, I no longer feel guilty about spending on the things I had already intended on spending my money on. I don’t have to have an internal debate with myself where I eventually talk myself out of spending my money.

How Does my Spending Reflect my Values?

The biggest purchases I’ve made this year have all revolved around my “special” savings accounts.

My day-to-day spending is mostly the same as it has been. I don’t go out to eat much, and if I do, it’s to see friends.

I might spend a little more on groceries, but I’ve been experimenting with eating new things. (I also live with someone who loves to cook.)

I’ve “treated” myself to a few clothing items, but if I get 10 new items a year, that’s a lot. I’m finding my taste in fashion (I mean, it’s mostly non-existent) has changed a little, and I’m not feeling as enthusiastic about my current wardrobe.

However, since I work from home, I can’t justify a complete overhaul, and I don’t have any desire to. I’ve purchased 5 new shirts and I might get a few more (if I find good prices on them) for variety, but I think having one for each day of the week is more than enough.

I also got two new pairs of boots, which I’ve been meaning to get for years now (my old ones are falling apart and were also $15 on clearance 7 years ago). And I got a pair of comfy, fuzzy slippers that I’ve been wearing non-stop. My feet are always cold!

There’s Nothing Crazy Going on

As you can tell, I’m not going wild with my money. Just because I don’t have a strict budget doesn’t mean I give myself permission to spend all my money on travel or something.

So many people are caught up in what society spends on that they don’t stop to think if it’s right for them.

That can lead to unhappiness, just like not spending your money. If you’re not using your money in a way that brings you happiness, you’re using it wrong – plain and simple.

Value-based spending gets to the root of that. It makes it super easy to know what to say “yes” to, and what to say “no” to.

The less hassle managing money is, the better!