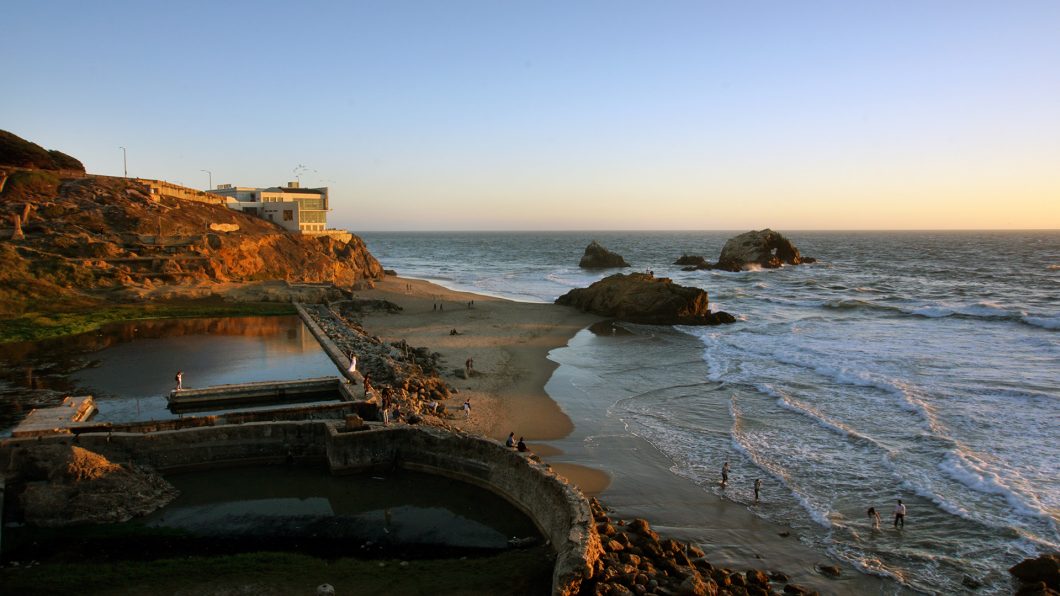 I used to think my perfectionistic tendencies made me a better person.

My obsession with detail meant that mistakes rarely made it past my rigorous checks. Where others took shortcuts, I went the extra mile to ensure I followed directions to a T.

Of course, this meant that it took me forever and a day to accomplish anything.

It also meant that I developed an extreme fear of putting anything out there that contained a (gasp) mistake.

The need for perfection killed my creativity.

This is a serious issue, and one I come back to often as I struggle with it on a daily basis. So I figured I should explore it. Hopefully this article doesn’t take me three rounds of editing to hit publish. 😉

What Drove My Need for Perfection?

I’ve always wondered where this need came from. In school, I was that annoying student who thought she failed if she received anything less than an A. (Overdramatic much?) But my parents didn’t cause that – I put that pressure on myself.

The question is…why? What drove my 7 year-old self to put such a high value on getting good grades, when most of my peers were planning which shenanigans would take place during recess?

Looking back, the only conclusion I can reach is that my entire identity was wrapped up in being a student.

Have you ever filled out a survey and chosen “student” as an occupation, since that’s all you were – a college student?

It kind of felt like that, only at a super early age when I couldn’t do much else in life.

And I didn’t, really. I tried playing soccer and that lasted all of one season. I didn’t participate in any other sports throughout my time in school.

I was in drama during 7th and 8th grade – coincidentally, the years of school I enjoyed the most. Unfortunately, I skipped out after that because our school system changed and all of my friends went off to a different high school. I was too intimidated to audition.

For the most part, my life revolved around homework, studying, and reading (for fun). I was your typical goody-two-shoes, accidental teacher’s pet. (Accidental in that I was always quiet, and I never raised my hand as I hoped to go unnoticed.)

It was here that my penchant for following directions and thoroughness were formed. I swore I would never be ridiculed in front of a class for failing to notice something the teacher had spelled out.

I wanted to be known for my intelligence and maturity. I was the polar opposite of a class clown.

My Grades Determined My Success

As a result, I always placed a high value on my grades. That was the metric by which I determined my success throughout my years in school. Kind of like how many of us think our success is reflected in our income.

I remember being jealous of all my insanely intelligent friends in high school, and being deeply disappointed in myself for not being able to compete on their level in math and science.

When it came time for graduation, all of my friends were in the top 10, and I don’t even remember where I ‘placed.’ Instead, I clung to the fact that I scored a perfect 5 on my AP Psychology test.

(Yeah, I was slightly crazy.) 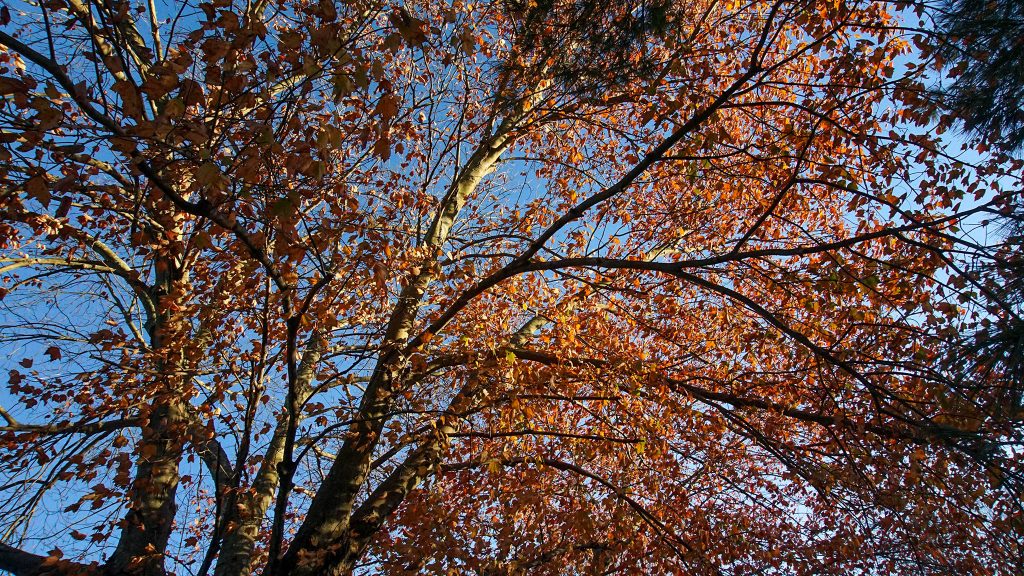 By college, I had started to realize that grades weren’t the best metric for success. Performance on tests only told a small part of the story. Papers written told a slightly better story…mostly about all-nighters and last-minute runs to the library, but hey!

It was also here that the transition to employee came about. I had started working at an office, which felt much more real than retail. My worth was slowly being tied to how much praise at work I received, and how much of a raise I could obtain.

Not only that, but I had entered into my first serious relationship, which meant I was slightly occupied with trying to be the ‘perfect’ girlfriend.

Fast-forward into the future, and this perfectionistic streak continued into working full-time, and then for myself. I had to be the perfect receptionist, the perfect assistant, the perfect writer. All of which meant producing flawless work, which came through attention to detail (something you’re always told to put on your resume), thoughtfulness, and thoroughness.

Unfortunately, as I learned the hard way, striving for perfection was almost always a recipe for disaster. Failure didn’t happen immediately; it was a slow burn that I eventually found myself engulfed in.

The Flaw With Perfection

Perfection is not realistic.

The process of trying for perfection is akin to fighting an uphill battle for days, being too stubborn to admit defeat, pushing through while a thousand tiny needles prick your skin, and then curling up in the fetal position and lamenting that nothing went according to plan and it was all for nothing.

(Okay, not exactly, but fairly close.)

Case in point: I may have followed a client’s directions all the way through, only for them to decide it wasn’t what they had in mind.

I may have done exactly what my boss told me to do, except that he changed his mind halfway through.

I may have checked off every requirement for a research paper, only to discover I misinterpreted what the professor was asking for.

Or worse, I may have attempted to follow instructions from IKEA and ended up with a half-assembled Svorkinjagensen desk thingy because it’s IKEA.

I’m assuming you get it by now, but there’s simply no such thing as perfect.

My brain certainly isn’t perfect because I’ve tried to nail this lesson down many, many times only to bash my head against it once more because it didn’t get the message the 348568 other times. GG, brain.

The pursuit of perfection is fruitless. Sure, you may do great work along the way, but is it worth the frustration, time, and overall mental energy expended to achieve this so-called image of perfect?

I’m not saying there’s no value in being thorough or in following directions. But… sometimes, rules are meant to be broken. Sometimes, thinking outside the box (instead of inside defined instructions) yields better results.

The Biggest Risk in Pursuing Perfection

As I alluded to in the beginning of this article, trying for perfection has often caused my creativity to run the other way.

It runs out of fear.

If you’re a writer, you know the writing process is a messy one. It does not get along with perfection at all.

The most common advice given to writers is to just write because we have a horrific tendency to self-edit after every word we produce.

I’m extremely guilty of this; it’s why I have so many posts saved as drafts. I stop halfway through to read what I have so far, determine it’s utter crap and should never see the light of day, and scrap it.

(By the way, my earliest posts somehow escaped this scrutiny…)

If I somehow manage to make it all the way through writing something, I go back and review it. Again, and again, and again. And maybe again. Possibly. Probably. Who am I kidding?

This non-stop barrage of edits kills the creative process for me. I never let myself write freely. I never think my work is good enough. So it rarely gets published.

(I’m that someone thinking I’m an idiot right now.)

The Real Question: Who Cares?!

When it comes down to it, the question I have to ask myself is: who the eff cares?!

Because in the very unlikely chance that I publish something I’m 100% happy with, someone might very well disagree with me or think it’s asinine.

Just like in the examples I gave above, perfection is subjective. It’s impossible to make everyone happy. So why try?

Ultimately, that’s why I decided to start writing for myself, and not other people, but it took a while to come to terms with it. (Especially as a people-pleaser.)

But I wish more people would come to this realization. I see so many people held back by fear when it comes to pursuing creativity. People are afraid to share their art, their message, their souls, with the world. And that’s disheartening. 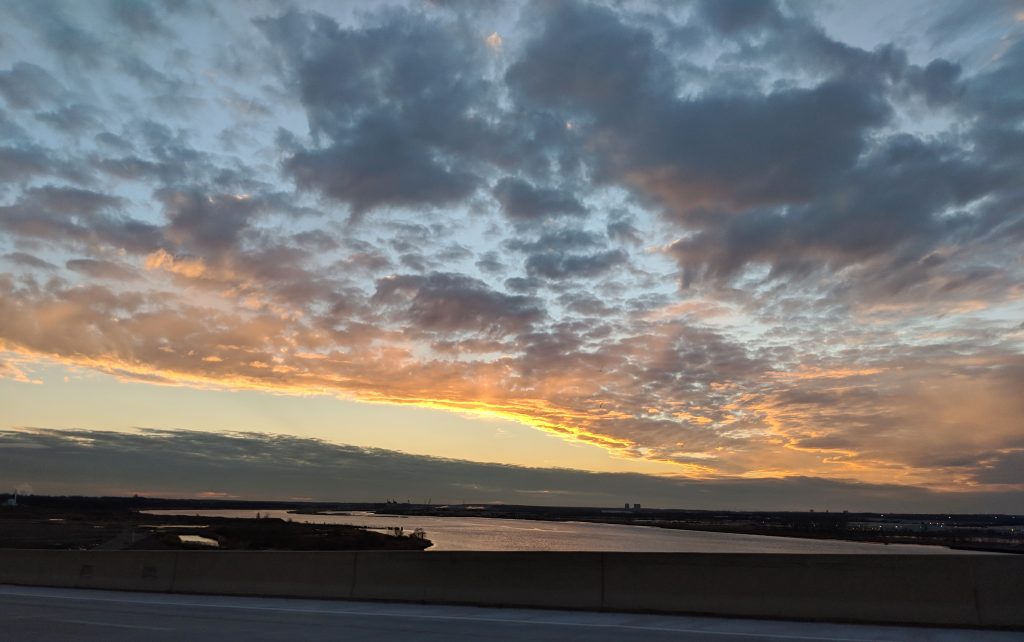 What I’m Taking Away From This

Okay, so I said I struggle with pursuing perfection on an almost daily basis. So what am I doing about it – how am I going to escape this need for everything to be absolutely perfect?

The answer to complex questions is often a simple one, so let’s try these solutions. I’m going to…

In doing these things, I not only hope to make my life a little easier, but to improve my relationship with others. While I don’t hold people to the same unrealistic standards as myself, I know it’s not fun for them to watch me struggle against the tide.

Aim For Progress, Not Perfection

Perfection hinders progress. Perfection causes us to mistake the forest for the trees.

I’m tired of getting caught in that cycle, so I’m going to try and aim for progress over everything else – in every area of my life.

I’ve already done this with money by practicing value-based spending over keeping a strict, traditional budget. No more getting caught in the dollars and cents trap I used to fall for.

I’m doing it with my health by taking it one meal and one exercise at a time. And I’m doing it here – with my writing – by experimenting with exploring ideas that I’m interested in and inspired by.

The point of all this? That perfection isn’t really a worthy pursuit in and of itself.

I’m going to continue being detail-oriented and thorough because it’s in my nature. But I’m going to try my hardest to push past those tendencies after the 80/20 because there’s only so much time and energy I have to give.

It’s much more worthwhile to call 10 things “done” to the best of my ability than to call 1 thing “done and oh-so-wonderfully well!!” if each took one week to accomplish.

(In general – of course, some tasks will naturally be more time consuming than others.)

Hopefully this pursuit of escaping the need for perfection will prove much more useful than the pursuit of perfection.